Go down to the latest article

Spice Space is an article series focused on the less conventional side of Death and Taxes. Here at the Spice Space, new cards are discussed, brews are tested, and old toys are brought back into the spotlight.


Whenever a new set comes out, a Spice Space article will look at the cards for D&T potential. In addition, articles on forgotten hatebears will be published, especially when a shift in the meta can make an irrelevant spell a staple. In addition, spicey decklists will be tested with said spice, with subsequent results and reporting coming here (or videos if there's interest).

If there are any particular cards you would like discussed or tested here, feel free to contact me. Althought I cannot promise I'll be able to test everything suggested, as my MTGO collection is not very large.

War of the Spark D&T Cards 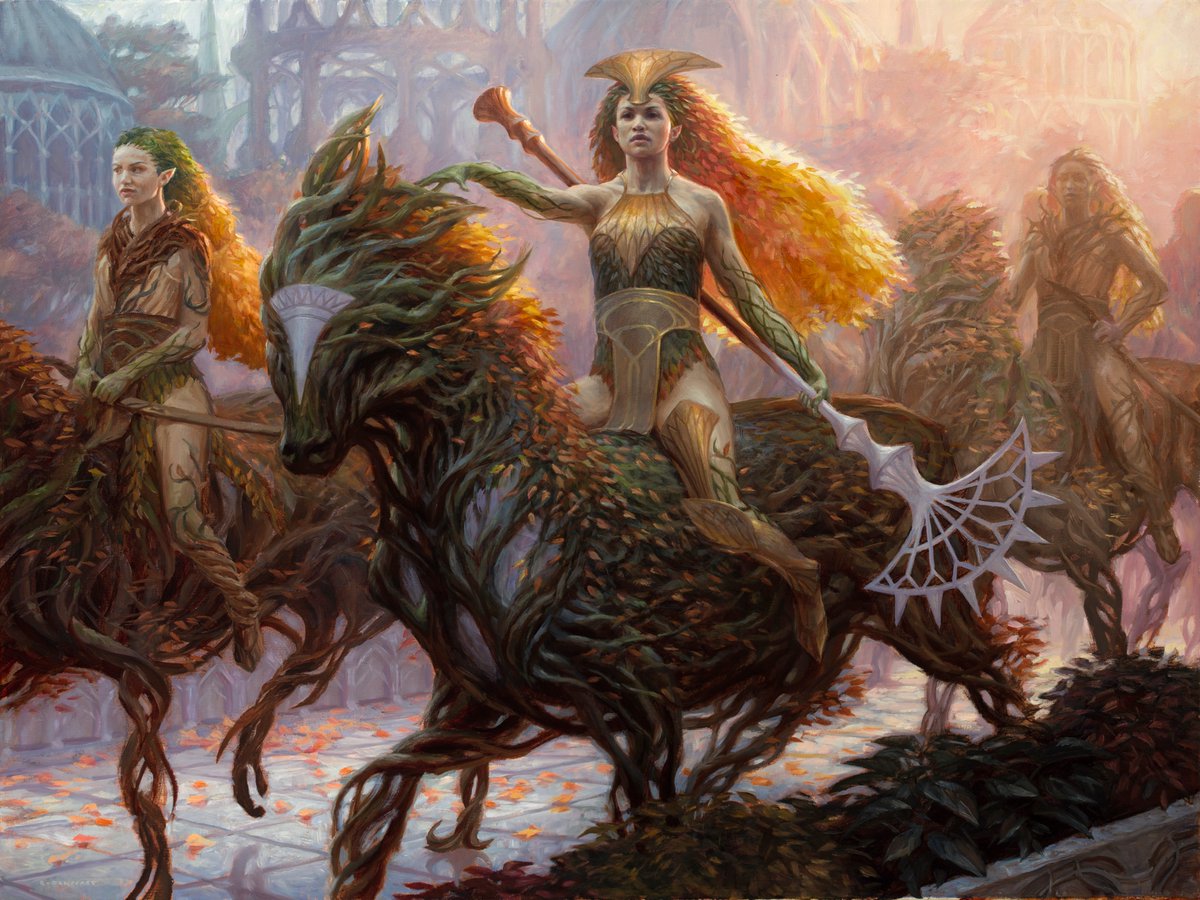 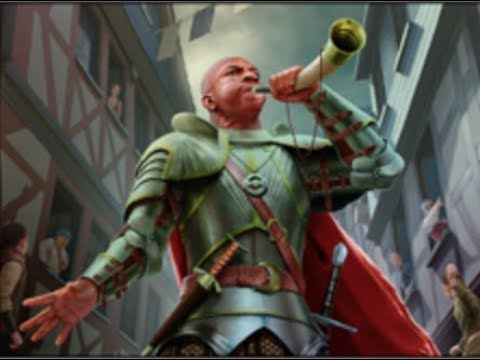 Modern Horizons is the first set in Magic's history that contains new cards entering Modern without going through Standard as well. As a result, the power level of this new set is higher than the average Standard set, thus adding more Modern playable cards to the format. Modern Horizons has many cards that Death and Taxes builds may be interested in. Below, I will be discussing my favorite Death and Taxes cards in Modern Horizons.

Martyr's Soul is a card that synergizes well with the cards in Death and Taxes. While it is only a three-mana 5/4 at best, getting the two counters is quite easy. Aether Vial is a way to get Martyr's Soul into play without tapping a land. In addition, Death and Taxes contains many creatures, so convoking the creature is reasonable. Finally, with Flickerwisp and an Aether Vial, you can blink a Martyr's Soul on the battlefield and give it two counters. All that being said, the card is underwhelming. A vanilla 5/4 for three mana is not what Death and Taxes wants, especially since Blade Splicer is already a 4/4 for three mana that actually has upside (synergy with blinking creatures, first-strike on the Golem, etc.). Therefore, while a cute card with strong power/toughness, Martyr's Soul is not a very playable card for Death and Taxes in Modern.

Modern Horizons came out with two new swords- -starting the ally sword of x and y cycle. To put it bluntly, both of them are quite bad for Modern Death and Taxes. Sword of Truth and Justice protects you from white (turning off Restoration Angel and Flickerwisp on that creature) and blue (the color with almost no creature-targeting spells). The sword also has a very underwhelming effect- putting a +1/+1 counter on a creature then proliferating. Since Death and Taxes lacks creatures with counters, Sword of Truth and Justice just gives one creature two counters (unless it already got a hit). Truthfully, it is just worse than Sword of Fire and Ice, which gives better color-protection and has a significantly more powerful effect- drawing a card and Shocking. The second sword, Sword of Sinew and Steel, gives protection from black and red, the two colors with the most removal. Its effect, however, is very narrow- destroying a planeswalker and an artifact. Many decks in Modern do not run artifacts or planeswalkers, making the sword very narrow, whereas Sword of Fire and Ice's effect will always be relevant. Therefore, both swords are pretty much worse versions of Sword of Fire and Ice, which does not even see Modern play. The only way I could see one of these swords seeing play is if Stoneforge Mystic is unbanned, which seems plausible given how toned down these swords are.

Admitadely, I almost forgot about Collector Ouphe! This card is a very powerful hatebear- a Stony Silence attached to a 2/2 for two mana is nothing to overlook. The only issue with Collector Ouphe is that it is in green. If it was a white hatebear, I would be very excited to jam it into many Death and Taxes list. However, it is only an option for the fringe Green-White Taxes lists. Also, Green-White Taxes already has powerful options to hate on artifacts, such as Qasali Pridemage and Knight of Autumn. Furthermore, those two are playable in the main deck, whereas Collector Ouphe is not, as it is worse than those two versus decks without artifacts, and it shuts down our own Aether Vials. Still, I would play at least one of them in the sideboard, or maybe play multiple in the main deck in a list without Aether Vial. The card is overall very powerful, but niche, as it is in green.

Generous Gift is, quite literally, Beast Within but in white (and it makes a 3/3 Elephant instead of a 3/3 beast). This card is certainly a powerful one that will find a home in the majority of white decks in EDH. The reason Generous Gift is ranked number five is that it is definitely more powerful than the honorable mentions. It is a very flexible answer to the vast majority of cards in Modern, making it a plausible sideboard option. That being said, it is a tad bit too slow and awkward to be playable in Modern. Oblivion Ring is usually better than Generous Gift. While Oblivion Ring cannot take out a land, Death and Taxes has plenty of ways to deal with lands. Oblivion Ring can also deal with indestructible permanents and does not produce a 3/3 token. Still, Generous Gift has other advantages over Oblivion Ring. It is instant speed, the card cannot be returned, and the token can easily be removed with Flickerwisp or Eldrazi Displacer. I could see Generous Gift being played as a one-of in the sideboard in a meta focused on less on fast aggro and more on decks such as control, Tron, prison, and other decks with few small creatures. However, Death and Taxes does not struggle much against the decks that Generous Gift is good against, whereas it is an underdog against the hyper-aggressive decks like Dredge and Humans that are bad matchups for Generous Gift. In conclusion, Generous Gift is a strong answer to a wide range of threats. However, it is a slower spell, one too slow for the current Modern meta.

Ranger-Captain of Eos is a powerful card, as tutors are typically strong. The tutor, however, is quite narrow- it only allows the user to search for creatures with converted mana cost less one or less. Many Death and Taxes lists do not even run creatures that cost less than two mana. That being said, there are many powerful options available this mana cost. The primary playable cards are Thraben Inspector, Pilgrim's Familiar, Giver of Runes (will discuss later), and Walking Ballista. In addition, Death and Taxes splashes can take advantage of this. Most notably, G/W Taxes can fetch their Noble Hierarchs in addition to any other cheap creatures they have.


Besides the tutor, the card has very efficient stats (unlike Recruiter of the Guard, a more flexible tutor). A 3/3 for three, while not impressive on its own, is not bad at all given that it tutors of a creature. On top of decent stats, Ranger-Captain of Eos has an ability that lets you sacrifice it to prevent the opponent from casting noncreature spells on their turn. While not the best ability, it is a way to interact with combo decks such as Gifts Storm and Ad Nauseam. All in all, the body and extra ability further push Ranger-Captain of Eos, making it a strong creature to add to specific Death and Taxes lists.

Modern Horizons introduced an enemy Horizon Canopy cycle. Out of the five new lands, only the white ones are playable for Death and Taxes lists- Sunbaked Canyon and Silent Clearing. These cards are very powerful lands. The life-loss is a drawback, but the ability more than makes up for the drawback. The Horizon Canopy lands allow Death and Taxes lists to topdeck better or dig for a specific answer such as Rest in Peace. The addition of Sunbaked Canyon and Silent Clearing grants R/W and B/W lists additional land options, along with a possibility for Mono-White Death and Taxes lists to run more than four Horizon Canopies. The question is, are these new lands worth it for those three existing decklists?


Finally, there are some Mono-white Death and Taxes lists that can possibly opt for additional Horizon Canopies. Mono-white Eldrazi and Taxes along with vanilla Mono-White Death and Taxes run enough basic lands to afford extra Horizon Canopies. I personally predict that Mono-White Eldrazi and Taxes does not want to run the extras, as the life-loss is more noticeable downside, and the deck needs its lands to grind with Eldrazi Displacer. Mono-White Death and Taxes (without Eldrazi Displacer), however, can make good use out of the additional Horizon Canopies. The deck is not terribly fast, but from my experience Horizon Canopy is much better than Shefet Dunes, making additional ones worthwhile. In terms of which one to play, it is best to get Silent Clearing. It can help pay for Dismember if you wish to save a life point (not very relevant, but still a very small upside). In fact, assuming Shalai, Voice of Plenty is not present, it is better to run four Silent Clearings and a couple of Horizon Canopies rather than the opposite to take advantage of the 0.1% upside.


All in all, Sunbaked Canyon and Silent Clearing are both very powerful lands that I expect will pop up in many Death and Taxes iterations. The only reason why they are not the number one card on my list is that I am more excited about the final card than these new lands. Their power is very clear, but their potential is ultimately not as high as the final Modern Horizon Death and Taxes playable...

All in all, Modern Horizons has many strong cards for Death and Taxes. The weaker Mother of Runes and the extra Horizon Canopies are especially powerful additions that could push Death and Taxes to tier one. While we did not get Wasteland or other Legacy Death and Taxes staples, these are exciting cards to add to Modern for any Death and Taxes player.